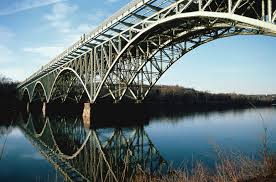 Throughout a large portion of human history, steel has played an important role. During the Iron Age, steel tools commanded some of the highest prices, and during the middle Ages, steel was used to produce some of the scariest weapons of the age.

Steel was actually the driving force behind the Industrial Revolution. It has been the underpinning of the economic development of many countries. While steel has played a crucial role in our past, it’s still just as important as ever, and it will continue to play a crucial role in our future.

One of the most important materials needed for urban expansion is steel. About 50 percent of all steel that is created is used for construction and housing purposes. The need for steel will rise as urban populations continue to increase.

Major countries are constantly looking for new areas to harvest oil, and steel is the material of choice needed to build the hardware that these countries need to harvest oil and other resources.

There have been many advances in the steel industry. Since the start of the 20th century, the production of crude steel has skyrocketed, and today, roughly 800 million tons are produced every year. Most people would find it difficult to imagine a modern world without steel.

The Creation Of Super Steel

One of the major advances made within the steel industry is the creation of super steel. One of the problems with regular steel is that its resistance to heat can be reduced by internal magnetic properties.

The ITER fusion research project has managed to discover ways to reduce these inherent flaws. The research has led to the creation of new steel materials, which are nearly 70 percent stronger.

Super steel could be used as shielding material inside of massive reactors because it’s capable of withstanding massive amounts of radiation and heat. It’s also believed that super steel has far better corrosions resistance than previous materials.

There have been several other advances within the steel industry. For example, the efficiency of modern furnaces that are used in steel making has been greatly increased.