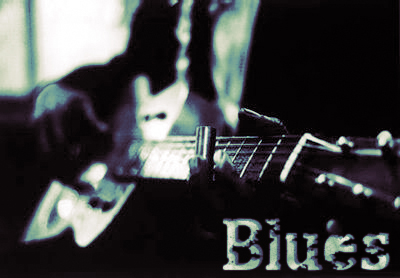 The blues. Everybody knows ’em when they hear them, but not everyone understands the fascinating origins of the musical genre known as the blues. The typical call-and-response pattern of twelve-bar blues as we know and love them today had its earliest beginnings in the field hollers and chants of America’s antebellum deep south. The blue note songs and meaningful spirituals sung by slaves rang out over the cotton fields of Alabama, Mississippi and other southern states. By the time the 20th century rolled around, the blues were here to stay.
The following are three of the top blues performers of the last century:

Born in Hazelhurst, Mississippi on May 5, 1911, Robert Leroy Johnson enjoyed scant success during his short lifetime. Despite his death in 1938 under suspicious circumstances at age 27, Johnson’s songs and style continue to influence musicians to this day. Not much is documented about his life, but the legends run rampant. Some say that Robert Johnson achieved his vast musical talent when he made a pact with the devil at the crossroads. In fact, one of Johnson’s most legendary songs is called “Cross Road Blues.”

Inspired by such notable blues singers as Leadbelly, Ma Rainey, Bessie Smith and Odetta, Janis Lyn Joplin left her undeniably indigo mark on American music before succumbing to a drug overdose at the age of 27. Born on January 19, 1943 and raised in Port Arthur, Texas, Janis hitchhiked with a friend to San Francisco, where she joined Big Brother and the Holding Company in 1966. The band’s debut album, Cheap Thrills, yielded several memorable hit songs, including a stunning rendition of the George Gershwin classic, Summertime. When Janis and her band performed at the Monterey Pop Festival in the summer of 1967, her place in the pantheon of blues legends was assured.

No blues performer roared out of Texas quite the way Stevie did. Born October 3, 1954 and raised in Dallas, Stevie Ray Vaughan evinced major musical talent when he started playing guitar at the age of seven. Vaughan was a true musician’s musician who wrote notable blues numbers Scuttle Buttin’, Love Struck Baby, Tightrope, and Pride and Joy. His version of Jimi Hendrix’ Voodoo Child stands as one of the finest cover songs ever recorded. Guitar World magazine described Vaughan’s guitar tone as “dry as a San Antonio summer and as sparkling clean as a Dallas debutante.” Vaughan tragically perished with several members of fellow blues guitarist Eric Clapton’s entourage in a helicopter crash in Wisconsin on August 27, 1990 at the age of 35.

The blues is undoubtedly one of America’s grandest contributions to the world of music. If you’d like to know more about some of the premiere blues artists of the 20th century, additional information can be found at Biography.com.