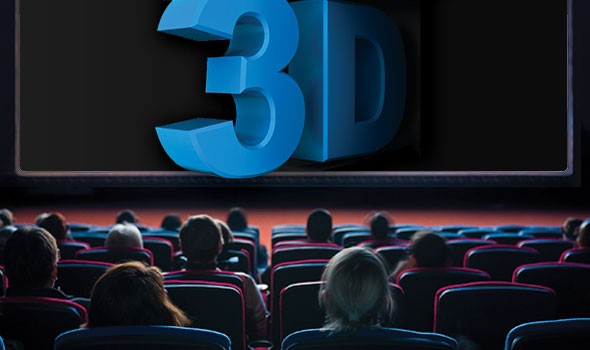 3D glasses have been around for quite some time. They’re glasses that let you view two different images of the same object. The glasses trick the brain into thinking that you’re looking at a single image.

Color filter glasses are an ancient example of the technology. When viewing through this system, each of the eyes gets a different color filter.

The result is that your left eye sees only a few colors while your right eye sees a few other colors. The color filter glasses are some of the most popular 3D glasses, and they’ve been routinely used in the viewing of blockbuster movies.

They were also used for some of the earliest computer games. Eyestrain is a common problem reported by people who wear color filter 3D glasses.

These 3D glasses are used in conjunction with projection displays. The glasses have two polarized lenses, and the polarized direction of the lenses is a 90 degrees difference. Two projectors are used, and the greatest advantage of this type of 3D viewing is that pictures can be in full color.

If you’re like most people, then you might be confused as to how 3D movies work. To see a picture in 3D, each of your eyes must see a slightly different image.

The human eyes are actually spaced apart naturally, and each eye sees a slightly different picture. Our brain is able to combine the slightly different image from each of our eyes and create a single picture, which also has depth. This is how humans are able to see the world in three dimensions.

The third dimension that we see provides a wealth of information for the brain to process. The two main types of glasses that have been created to convert 2D movies into 3D experiences are active and passive 3D glasses.

Maybe you’re wondering if 3D movies are really worth the money. 3D has become very popular, and movie makers are even converting older films to 3D. Some people have been avoiding 3D movies because of potential motion sickness and higher ticket prices.

There are some people who say 3D movie technology is nothing more than a gimmick to make the film industry even more money. Others say 3D films are truly beneficial innovations.

The reality is that there is some truth to both of these opinions. There are some blockbuster films that use the technology to make a truly immersive film scene while others do almost nothing with it.

The question of whether or not blockbuster movies are better in 3D really depends on what movie you go to see. Some are great while others aren’t worth the money.